On Saturday 28th February 2009 the last round of the M.M.O.R.C buggy championship was held at the Kordin track. The championship consisted of 10 rounds with the best 8 to count spread over 5 weeks. Once again Team Xray was very successful during this championship , I must say that the XB 808 dominated all the rounds so there was no doubt that the top three positions were going to be conquered by the drivers driving the all mighty Xray XB808. One the top of the podium finished Xrays team driver Jonathan Tonna driving his XB808 powered by a GRP engine, fueled by Roga , traction by DLD competition tyers and supported by Ultimate racing products. From the early rounds of the championship it was clear that Jonathon Tonna would had made it to the podium , he was very clean and consistent in all his driving and he was able to do the best lap time ever at the Kordin track. In the second place finished Omar Xuereb driving an Xray XB808 powered by Roga. Omar also showed some good driving skills troughout the championship but he was not consistent as Jonathan Tonna and the in the third place finished the promising youngster Duncan Comapgnio also driving an Xray XB808 powered by an AXE Rossi Mamba X1 engine , fueled by Roga and traction by GRP tyers. Once again the XB808 showed to everybody that it is very reliable, consistent and a really high performer which makes difficult victories look easy. 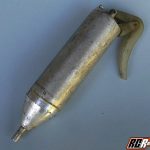 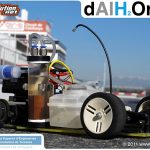 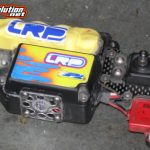